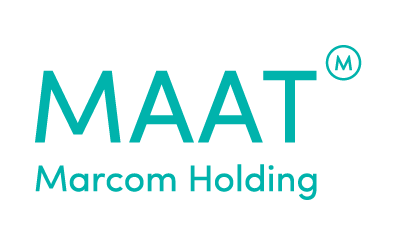 Volney B. Palmer (1799-1864): The Nation’s First Advertising Agency Man , He was laying the foundations for his advertising agency at this time , he did not yet consider himself an ‘ advertising agent . ’ Worker on behalf of other businesses was not yet his concern . Instead , Volney Palmer considered himself a ‘ newspaper agent ’ working on behalf of the newspapers rather than the advertisers. It was not until the 1849 issue of M’Elroy’s Philadelphia Directory that Palmer officially referred to himself as an ‘advertising agent An advertising agency or ad agency is an organization that creates advertising material contracts for publication space, and sometimes undertakes market research on behalf of its clients. As digital marketing continues to become a powerhouse in the marketing world, a company’s digital strategy became the new life line of its brand and business. It is so important to choose the best digital marketing agency, as the right agency partnership can help your business achieve success, faster, easier and cheaper!. You need to evaluate the options carefully when it comes to digital agency partnership. Finding the right digital marketing agency can be very complicated because of the rapid developments and changes in the digital marketing methods, technologies and trends. In order to run a successful ad agency it is a helpful way to know about the world’s biggest or best agencies. Because first your clients are always thinking that “are these the best guys to help build my business?” and comparing your ad agency with the others. With considering these ad companies you will find some important points, analyzing them will help your company to solve lots of problems and to improve as fast as the world’s greatest companies: • U.S. agency revenue rose 5.4% to a record $43.6 billion in 2014, according to Ad Age Datacenter’s bottoms-up analysis of more than 1,000 agencies, agency networks and agency companies. • The four biggest agency firms — WPP, Omnicom, Publicis, Interpublic — completed more than 100 deals in 2014 • Shares in Dentsu, Publicis and WPP in April hit their all-time highs. Omnicom in March reached a record-high adjusted closing price. Interpublic in February traded at its highest price since 2002. • Media agencies registered robust revenue gains in 2014, propelled by digital. That includes programmatic media buying, where in some cases agency companies account for media billings as revenue. The five largest agencies, with their estimated worldwide revenues in 2014 1. WPP Group, London $19.0 billion 2. Omnicom Group, New York City $15.3 billion 3. Publicis Groupe, Paris $9.6 billion 4. Interpublic Group, New York City $7.5 billion 5. Dentsu, Tokyo $6.0 billion The Top advertising Agencies in 2014: 1. Omnicom Group Inc 2. Ogilvy & Mather Worldwide, Inc 3. Integraclick,LLC 4. J Walter Thompson U.S.A, LLC 5. BBDO Worldwide Inc 6. The Interpublic Group of Companies Inc 7. DDB Worldwide Communication Group, Inc 8. Young & Rubicam Inc 9. Wpp Group US Investment, Inc 10. McCann WorldGroup, LLC A digital marketing agency which has a high-quality online presence, combined with a good cultural fit with your organization may provide the highest possible chance of a successful partnership. That’s what MAAT ADVERTISING AGENCY as one of the best ad agencies in Iran, tries to do. 10 years experience and benchmark with some of the greatest ad agencies such as Ogilvy, etc. Helps us to improve our methods and keep up with the world’s revolutionary speed of the advertising industry.

The Matter of Code Switching in Managing Globally

What are the main characteristics of successful advertising agencies in Iran